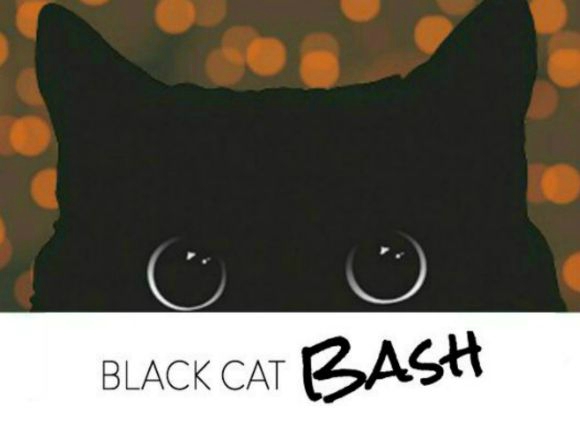 This year’s Black Cat Bash was a great night of food, fun, and furry friends. We had guests from throughout Chicagoland as well as from across the country! Proceeds from this event support our work to save sick, injured, and stray cats. Thanks to all our wonderful supporters. A big thank you as well to our tasting partners — Amazing Edibles, The Bad Apple, BUB CITY, Dream Cakes, Foodlife, HUB 51, Octavio Cantina & Kitchen, RPM Steak, and Wow Bao, for the incredible food! 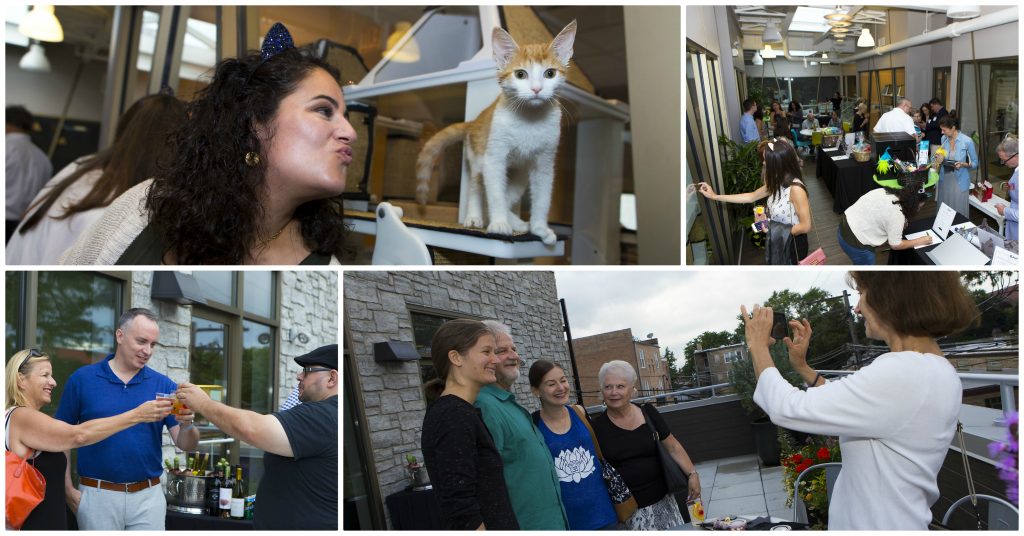 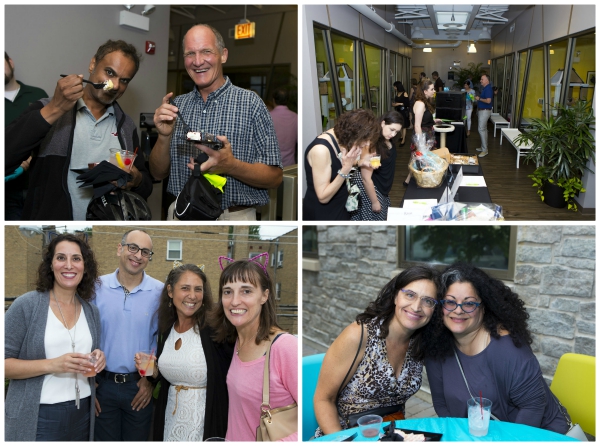 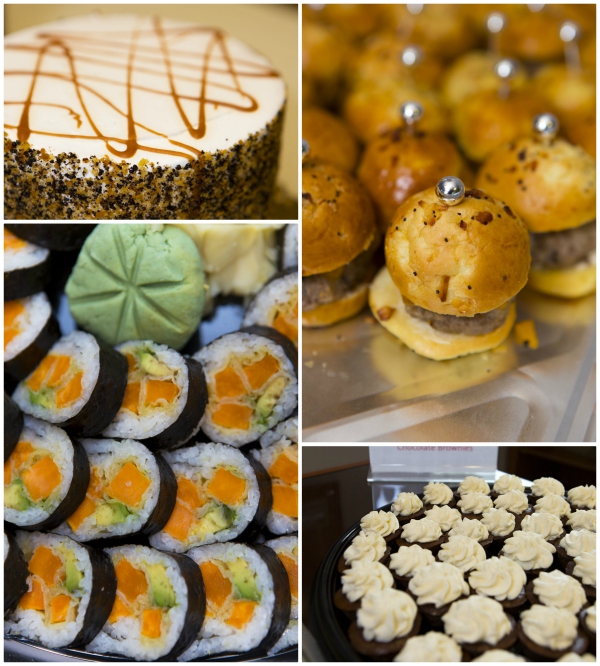 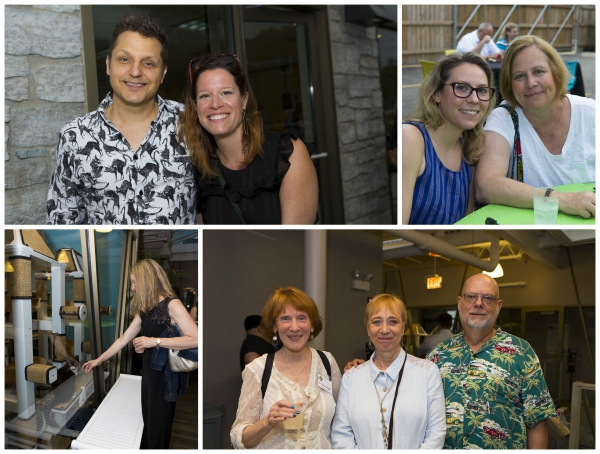 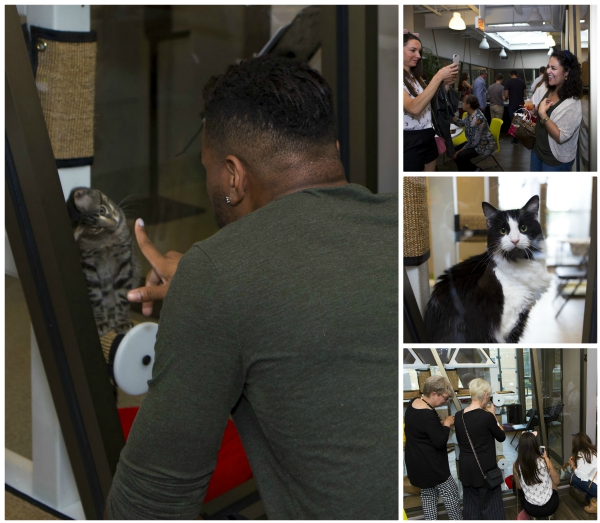 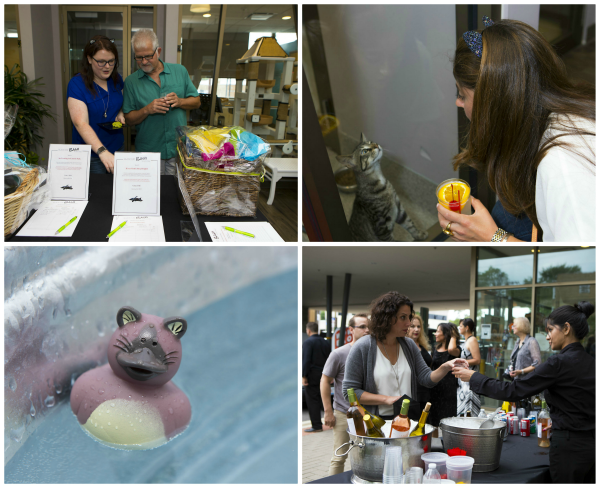 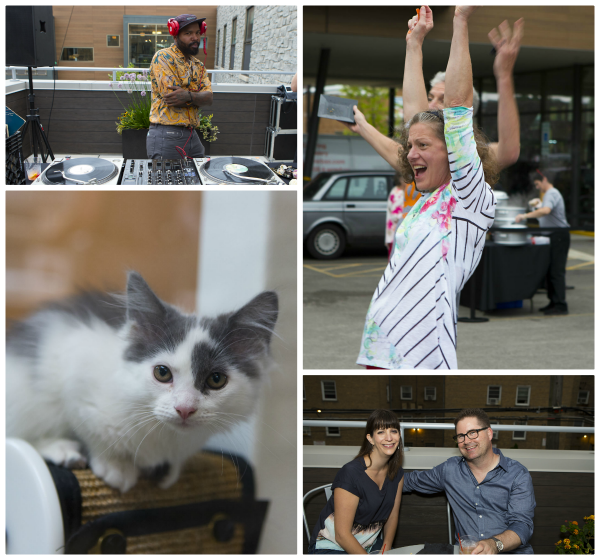 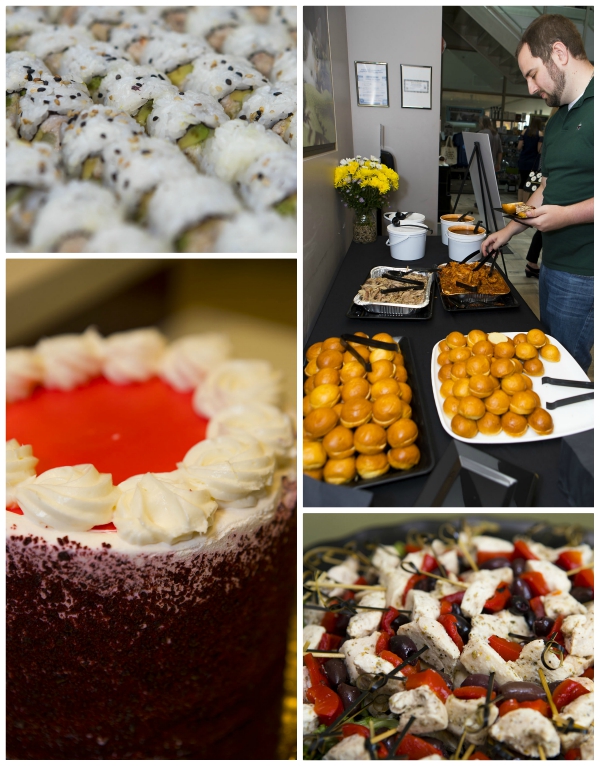 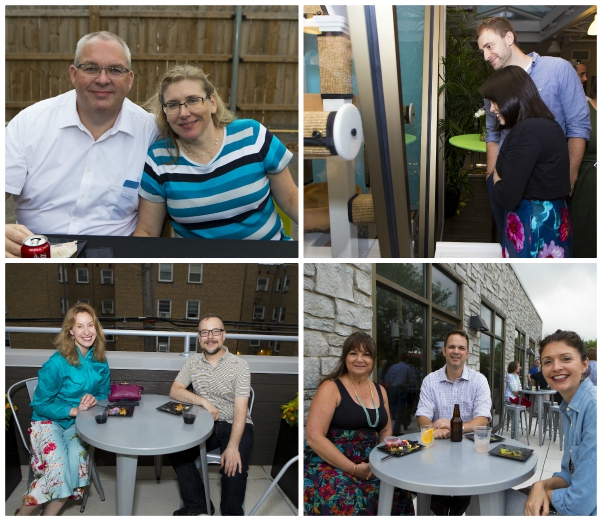 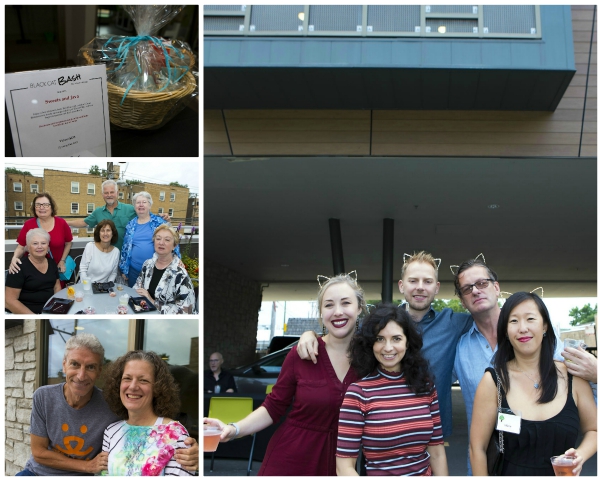 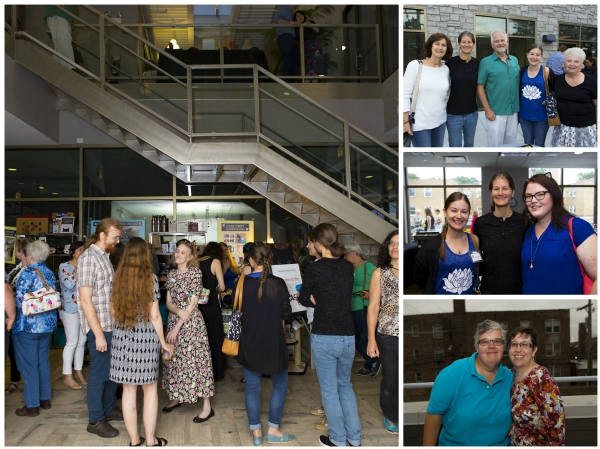 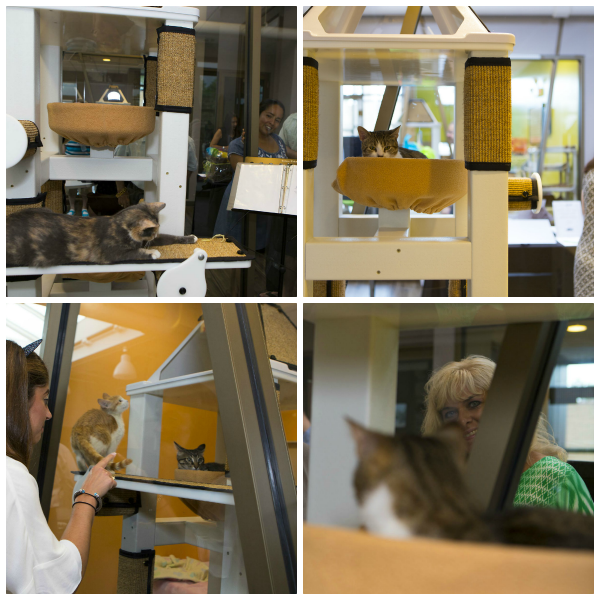 Thanks to everyone who supported the Bash. The homeless cats who were at the shelter that night were intrigued by all the activity, and it truly was all for them. Thank you for being a part of helping save their lives!

Photos provided by Susie at CrimsonCatStudios.com

While this is a bittersweet story, it is also a heartwarming one about two Tree House cats, Cloud and Cashew (pictured l to r), who found the loving forever home they deserved.

Shortly after we moved into our new shelter, Jacob and Matt visited Tree House on the suggestion of friends. Sadly, they had lost their cat Peanut very unexpectedly due to a heart issue. Their other cat Noodle was very lonely without his buddy. Jacob and Matt knew they were a four-member household and decided to adopt another cat. “We were mightily impressed with [Tree House’s new facility] and wanted to see it for ourselves.” The visit was also difficult, “…a mixture of sadness about losing Peanut and the stress of trying to choose just one cat to be the right one.” 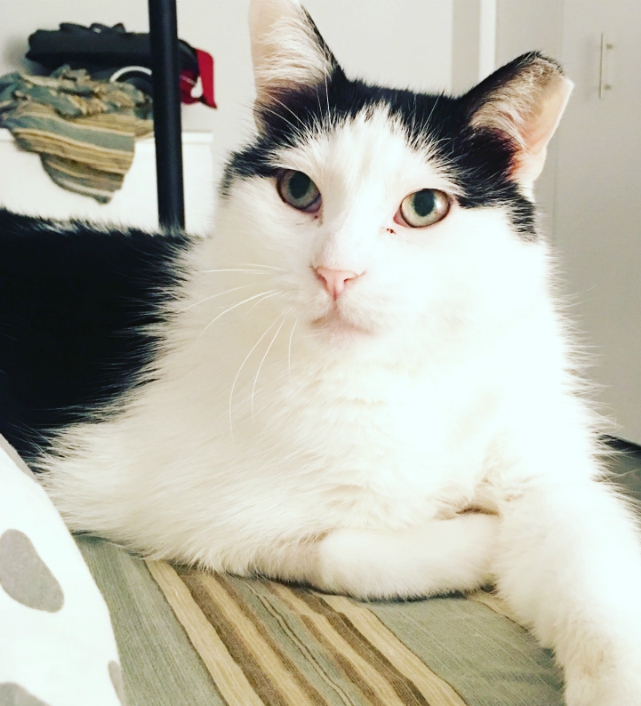 After meeting various cats at our shelter, Jacob inquired about cats who were attention-seekers, similar to their cat Peanut. That’s when they met Cashew and knew he was the one.

Cashew and Noodle became quick friends, and the family settled in.

Cashew settled into his new home very well. He was an affectionate cat and a true love bug.

It was doubly heartbreaking when Cashew fell ill just a few short months after being adopted. He was diagnosed with cancer and passed away shortly thereafter. We are so glad he was able to have a loving home — even if only for a short period of time — and the care and compassion he deserved in his last days.

A Twist of Fate – Cloud’s Return

Jacob shared, “Because we had such an incredible experience with Cashew…and we had such a first-rate experience when adopting him [at Tree House], we felt it was only right to honor Cashew and his memory by giving another cat in need the vacant place he left in our household. Enter Cloud.” 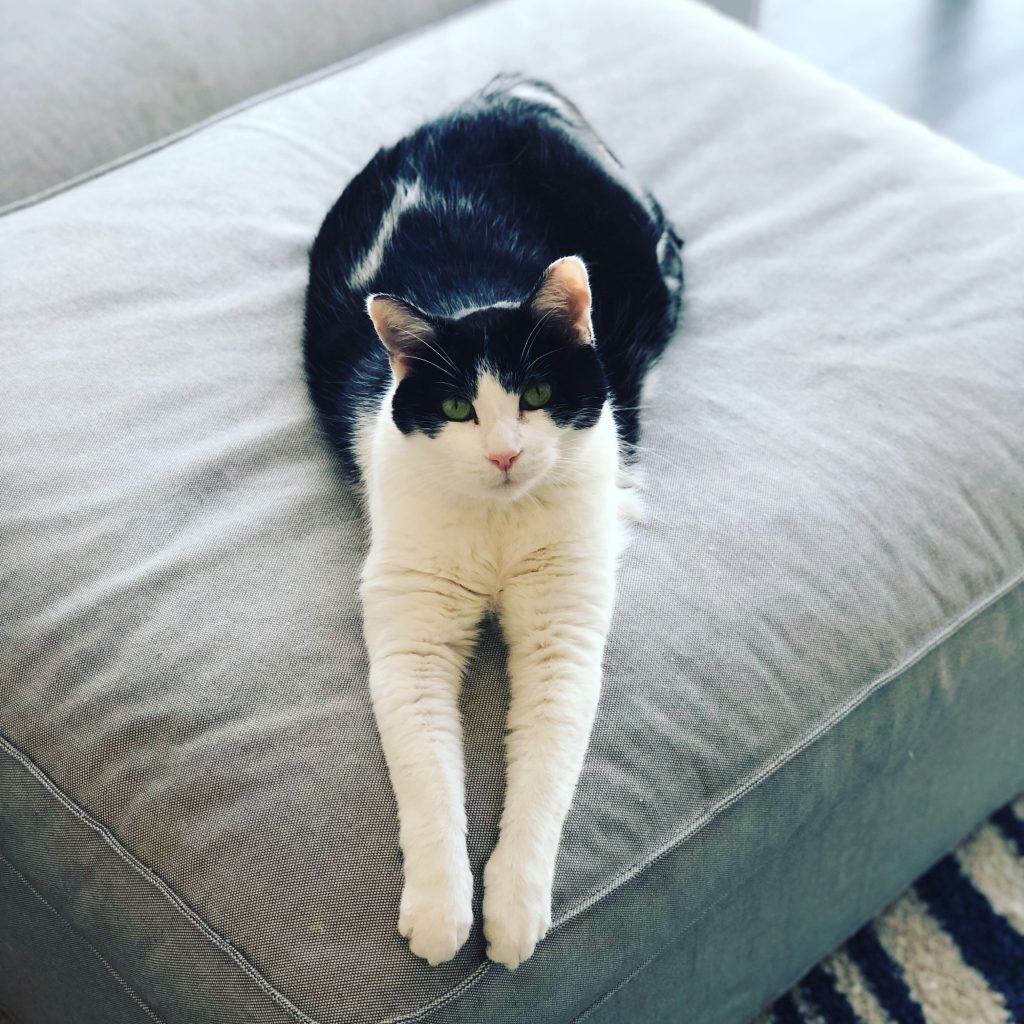 Cloud had been adopted from Tree House shortly after Cashew but was returned through no fault of her own. Ironically, as she waited in our clinic admissions room, Jacob and Matt had been meeting other cats in our cat adoption rooms. They hadn’t quite met their match, and Tree House staffers just had a feeling….  Staffers asked if Jacob and Matt would like to meet Cloud.

“What a trip Cloud was…she chatted and chatted and chatted. We were able to get her to play with a string toy, and after that, she rubbed our legs and continued her serenade.” Fate truly stepped in that day to bring this family together. 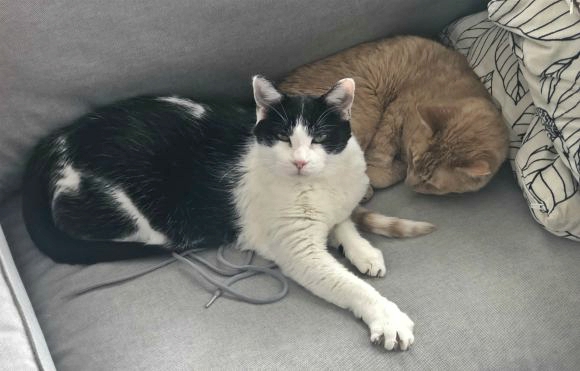 Cloud settled in quickly…it only took her a couple of days to manage to escape from the bedroom, and Jacob found her resting calmly in the living room with Noodle nearby. It was clear that these two cats were going to be the best of friends. Cloud and Noodle are very close and often cuddle together.

We are incredibly grateful to Jacob and Matt for all the love they have shared with all of these cats. As so many can appreciate, grieving the loss of a beloved pet is painful and takes time. We are glad that Cashew received so much love in his final months and days and that Cloud received the gift of a loving home in his memory. We wish the entire family (furry and human) many happy years together.

A New Home for a Senior Cat

We are happy to share an adoption update about a senior cat who now has a second chance. Goofy (now named Cairo) was in need of a new home after his guardian suffered a serious illness and could no longer care for her cats. It was a heartbreaking situation. Fortunately, Cairo did not have to wait long before he found his new home.

Tami adopted a senior cat, Billy, from Tree House several years ago. Sadly, this sweet cat passed away suddenly in May, due to a heart issue, and Tami’s other cat, Florida – whom she also adopted from Tree House, was left without a buddy. Tami knew she wanted to find a new friend for Florida and visited Tree House. Tami felt an instant connection with Cairo. “He was very shy when he first met me but also very polite. He is also very handsome – with a beautiful orange coat. He seemed like a wonderful cat, very dignified and calm.” She knew he was the one!

When Tami took Cairo to his new home, he was very timid at first and hid under the bed or in the closet. While he had his own room to acclimate for a couple of weeks, Tami brought him out each evening to say “Hi” to the other cats.

Florida and Cairo seemed to ignore one another, and Tami thought the two might not hit it off as she had hoped. But, they just needed time to adjust, and soon, their “catship” grew. The two cats are now the best of pals – “they are always sleeping next to each other and giving nose kisses. Florida is so thrilled to have a new friend, and I think Cairo is very happy to have a female cat who is very interested in him.” Cairo spends his afternoons sleeping on the sun porch and is quite fascinated with the birds and squirrels.

The Joy of Senior Cats

When asked about adopting senior cats, Tami mentioned that senior cats have more life experience. She believes they are more centered in themselves and can adjust to their surroundings very well.  Moreover, “I think adopting a senior cat is not much different from adopting a younger cat. The two options have much more in common than one would think. Cairo is still the same beautiful cat individual at the age of 14 that he must have been as a two or three-year-old cat.” She added, “…older cats are as much fun if not more fun than younger cats. There is also a certain wisdom to senior cats, an inner beauty – an extraordinary dignity.”

We could not have said it better. We are grateful to Tami for giving this dignified and sweet gentleman a loving home. We hope this will help others consider the joys of adopting a senior cat.

Give a Senior Cat a Loving Home 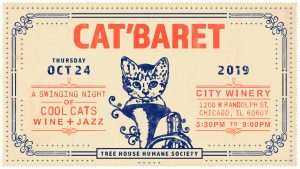